A Chapter from the OpChemtrails Information Booklet 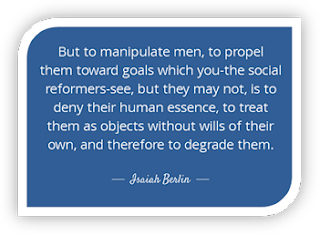 The Royal Society in the 2010 document titled “Experiment Earth? Report on a Public Dialogue on Geoengineering “asserts that “public attitudes towards geoengineering should be a critical factor in considering the future of geoengineering.” It is well known that agencies have been perfecting ways to manipulate the public for some decades; incidents such as the Gulf of Tonkin preceding the Vietnamese War, the Nayirah testimony and programs such as Operation Mockingbird only further demonstrate a willingness to induce the general public.

Documentation detailing ways to better understand (and therefore control) public perception of geoengineering proposals are well recognised; including discussions, forums, information gathering, and networking between key stakeholders, all to determine the soundest ways to frame geoengineering programs when it finally comes time to inform the general public and begin the open implementation of said programs.

The document Public understandingof solar radiation management [3.4. Conspiracy theories], details findings that include “2.6% of the subjects believe that it is completely true that the government has a secret program that uses airplanes to put harmful chemicals into the air, and 14% of the sample believes that this is partly true.” “Conspiracy Theory” is a disparaging term used to vilify and ridicule the very people it is used to describe. By examining responses to different terminology and by using focused terminology in documentation they are “no longer lucidly [expressing] the nature of things, but rather [obscuring] and [distorting] them” (Chilton, 2); below is another example of this, taken from the same document [4. Discussion].

Nobody wants to be seen as opposition and many studies have determined that human beings do not like to be singled out, ostracized or socially rejected, this is a key component used to sway public opinion on the topic. Being labelled a conspiracy theorist or a ‘detractor’ will almost certainly influence whether or not people object to or consent to geoengineering.

What They Want to Know 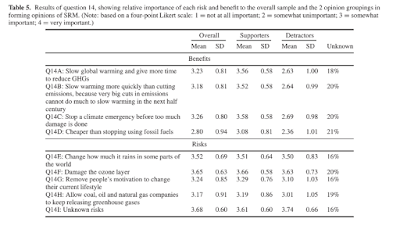 Things we are hearing and seeing that show they are testing the waters with regards to public response include:

Sales pitch: Geoengineering may be one possible response to climate change.

What They Really Mean: They’re going to emit/spray us with chemical & metal particulates to save us [example: To Fix Climate Change, Scientists Turn To Hacking The Earth]

What They Really Mean: We need to geoengineer the planet or we are all going to die [example: COP21: Can we avoid climate apocalypse?]

Sales pitch: Saying that it is accidental rather than intentional.

What They Really Mean: Oops we didn’t realise it was happening [plausible deniability] [example: Airplane Contrails May Be Creating Accidental Geoengineering]

Sales pitch: Because YOU won’t change YOUR ways and YOU pollute the planet with Co2 we have to geoengineer the planet to save it.

What They Really Mean: We are just going to ignore the fact that aviation is having a detrimental and largely ignored impact on climate and weather systems and it is not adequately represented in any of our climate models [example: As the effects of global warming begin to frighten us, geoengineering will come to dominate global politics]

Experiment Earth? Report on a Public Dialogue on Geoengineering (2010) https://drive.google.com/file/d/0BxU9tnVzYv2-OFU4SElkYTFvRTg/view

Opening up the societal debate on climate engineering: how newspaper frames are changing
https://drive.google.com/file/d/0BxU9tnVzYv2-X053YzhMZzFGQ1k/view

A Review of Deliberative Public Engagements with Climate Geoengineering
https://drive.google.com/file/d/0BxU9tnVzYv2-d3lkRENxc2IxX2s/view

Socio-psychological determinants of public acceptance of technologies: A review https://drive.google.com/file/d/0BxU9tnVzYv2-LWQ3R2VVU3hua2M/view

Geoengineering and its governance https://drive.google.com/file/d/0BxU9tnVzYv2-NHNteEZKRHpseHc/view

One Reply to “Geoengineering: Psychology and Framing”